Ahnenerbe Society, which Nazi unit to research the paranormal!

The Ahnenerbe was an institute in Nazi Germany purposed to research the archaeological and cultural history of the Aryan race. Founded on July 1, 1935, by Heinrich Himmler, Herman Wirth, and Richard Walther Darré, the Ahnenerbe later conducted experiments and launched expeditions in an attempt to prove that mythological Nordic populations had once ruled the world.

The name Ahnenerbe (pronounced [ˈaːnənˌɛʁbə]) means "inheritance from the ancestors." Originally, the official mission of the Ahnenerbe was to find new evidence of the racial heritage of the Germanic people; however, due to Himmler's obsession with occultism it quickly became his own occult tool and started using pseudoscience 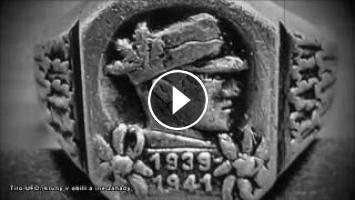