This special episode of AngelOfThyNight Radio is brought to you by your host Lord Rick founder of The Paranormal & Ghost Society. Which discusses more in depth are major discovery of Bigfoot evidence found in Kings Canyon Nevada. It also addresses haters, bigotry, bullying, nonprofessionalism in the cryptid community, fakes, jealousy and drama. It also covers all the evidence we found of a Bigfoot encampment with scientific views which discuss primate behavior and how this creature thrives. Specially more so it discusses the evidence discovered piece by piece with depth and a very stern message to those who continue to abuse our organization rather then work together to reach a much more in depth conclusion about one of the most elusive creatures on the planet known as Sasquatch. This episode is for those 18 and over it is also a message to my haters wait monkeys who do not realize all the great finds we have made not just in Kings Canyon but the region. It also talks about UFOs in the area and some other strange incidents that have occurred around the area during our research and false Bigfoot television entertainment. You will also learn as to why this is NOT a tee pee so please stop offending the Miwok tribe they build bark house much smaller and enclosed then what we discovered. If you want to see our documentary to the fullest including the two bonus scenes after the credits then a break down of the evidence scientifically you can do so at the following links:

Documentary: "Bigfoot Encampment Found Into The Giants Lair at https://www.youtube.com/watch?v=_YZ-m4KR0K4

and evidence along with comparisons and scientific breakdowns in detail at www.paranormalghostsociety.org/KingsCanyonNevada1.htm 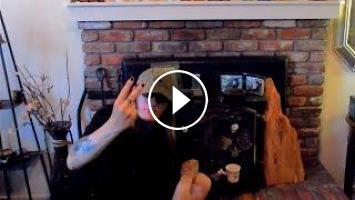 This special episode of AngelOfThyNight Radio is brought to you by your host Lord Rick founder of The Paranormal & Ghost Society. Which discusses more...