Intense Real Paranormal Activity caught on tape at one of the Scariest Most Haunted Places ever caught on tape at an old Haunted Village that was wiped out by the Black Death.
We travel to Knowlton Church in our quest to talk to the Real Ghosts that still Haunt the place they would of called home. Although the site today is lonely and isolated, there was once a thriving community in the village of Knowlton.
But, in the late 15th century the population was decimated by the Black Death. Its few surviving inhabitants abandoned their village and migrated elsewhere.
Their houses gradually fell into decay and were eventually ploughed into the earth where vague traces of the foundations can still be seen a few hundred yards to the west of the Haunted Church.
But, in the 18th century its roof collapsed and its days as a place of worship were numbered.
Today, despite the picturesque surroundings, a certain aura of melancholy hangs heavy over the site and the Spirits of some who have passed this way in the last 4,000 years are still said to linger here.
Hauntings and Real Ghost Stories of Knowlton Church and the Earthworks.
A Phantom Horse and Ghost rider are said to gallop across the site in the dead of night. They then proceed to pass straight through the Most Haunted Church as though it wasn’t there.
Elsewhere, a Real Ghost Face has been witnessed peering from the top window of the Haunted Tower.
Then there is the shade of a weeping Real Ghost Woman or Real Ghost Girl, whom some accounts describe as a nun, that has been seen kneeling outside the Most Haunted Church, although what sin or transgression she is trying to purge herself of is not known.
Paranormal groups investigating the site have found themselves enveloped in swirling white Ghost mists and have heard Ethereal Ghost Voices chattering around them, although no source for voices can ever be traced.
A lady and her two children who were visiting the site during daylight hours were startled by a tall Real Ghost figure dressed in black that suddenly appeared from nowhere. It proceeded to walk right across their path and then promptly vanished.
Others have reported sightings of the same Real Ghost Figure in the dead of night and have commented on a truly menacing Aura that seems to emanate from it.
What is a Real Ghost?
In traditional belief and fiction, a Real Ghost sometimes known as a Spectre in British English or a Specter in American English, Phantom, Apparition or Spook is the Soul or Spirit of a Dead Person or Dead Animal that can appear, in a Real Ghost visible form or other Real Ghost Manifestation to the living. Descriptions of the Apparition of Real Ghosts vary widely from an invisible presence to translucent or barely visible wispy shapes, to realistic, life like visions. The deliberate attempt to contact the Spirit of a Deceased person is known as necromancy, or in Spiritism as a Séance.
The belief in Real Ghost Manifestations of the Spirits of the Dead is widespread, dating back to animism or ancestor worship in some cultures. Certain religious practices funeral rites, Exorcisms and some practices of Spiritualism and Ritual Magic are specifically designed to rest the Spirits of the Dead. Real Ghosts are generally described as solitary essences that Haunt particular locations, objects, or people they were associated with in life, though Ghost Stories of Phantom armies, Real Ghost trains, Real Ghost Phantom ships, and even Real Ghost animals have also been recounted.


Heres a video explaining in more detail what a Real Ghost actually is.
https://www.youtube.com/watch?v=eTi3rON9xcE 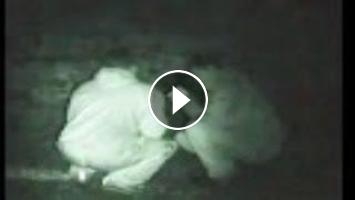