In the terminology of ghost hunting, an intelligent haunting (also known as a classic or traditional haunting) differs from a residual haunting, being a haunting in which a spiritual entity is
aware of the living world and interacts with or responds to it. Ghost hunters and paranormal writers believe that such a ghost or spirit may be able to communicate with the living, not just by
talking, but by moving inanimate objects such as furniture or toys. Study and classification of ghosts and poltergeists is regarded as pseudoscience because it does not use a system of
controlled experimentation or scientific method.

In folklore, mythology, and modern media such as literary fiction, a ghost (sometimes known as a spectre (British English) or specter (American English), phantom, apparition or spook) is the soul
or spirit of a dead person or animal that can appear, in visible form or other manifestation, to the living. Descriptions of the apparition of ghosts vary widely from an invisible presence to
translucent or barely visible wispy shapes, to realistic, lifelike visions. The deliberate attempt to contact the spirit of a deceased person is known as necromancy, or in spiritism as a séance.

The belief in manifestations of the spirits of the dead is widespread, dating back to animism or ancestor worship in pre-literate cultures. Certain religious practices—funeral rites, exorcisms,
and some practices of spiritualism and ritual magic—are specifically designed to rest the spirits of the dead. Ghosts are generally described as solitary essences that haunt particular locations,
objects, or people they were associated with in life, though stories of phantom armies, ghost trains, phantom ships, and even ghost animals have also been recounted. 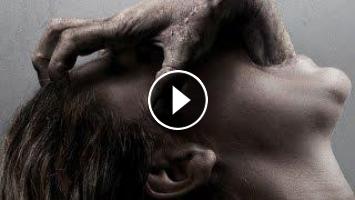 In the terminology of ghost hunting, an intelligent haunting (also known as a classic or traditional haunting) differs from a residual haunting, being...