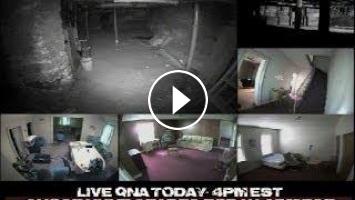 LIVE GHOST HUNT STARTS AT 9:00PM EST Happy Halloween! Please subscribe and join the livescifi.tv family!!!Join us for a LIVE Ghost Hunt, at the Haunte...