In traditional belief and fiction, a ghost (sometimes known as a spectre (British English) or specter (American English), phantom, apparition or spook) is the soul or spirit of a dead person or animal that can appear, in visible form
or other manifestation, to the living. Descriptions of the apparition of ghosts vary widely from an invisible presence to translucent or barely visible wispy shapes, to realistic, lifelike visions. The deliberate attempt to contact
the spirit of a deceased person is known as necromancy, or in spiritism as a séance.

The belief in manifestations of the spirits of the dead is widespread, dating back to animism or ancestor worship in pre-literate cultures. Certain religious practices—funeral rites, exorcisms, and some practices of spiritualism and
ritual magic—are specifically designed to rest the spirits of the dead. Ghosts are generally described as solitary essences that haunt particular locations, objects, or people they were associated with in life, though stories of
phantom armies, ghost trains, phantom ships, and even ghost animals have also been recounted.

Paranormal events are phenomena described in popular culture, folklore and other non-scientific bodies of knowledge, whose existence within these contexts is described to lie beyond normal experience or scientific explanation.
A paranormal phenomenon is different from hypothetical concepts such as dark matter and dark energy. Unlike paranormal phenomena, these hypothetical concepts are based on empirical observations and experimental data gained through
the scientific method.
The most notable paranormal beliefs include those that pertain to ghosts, extraterrestrial life, unidentified flying objects, psychic abilities or extrasensory perception and cryptids 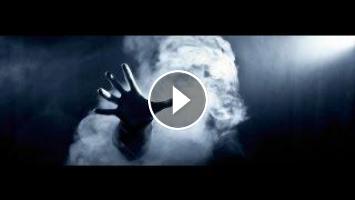 In traditional belief and fiction, a ghost (sometimes known as a spectre (British English) or specter (American English), phantom, apparition or spook...