Check out All Latest DorsetGhost Videos https://www.youtube.com/watch?v=IXk2zCV4Kto&index=3&list=UUYD9OeyUBUPIkoj_P33EyKw WOW, very scary poltergeist activity caused by a real demon caught on tape by ghost hunters when they investigate one of the most haunted hotels in England. This turns out to be a very intense ghost investigation.

This is our highlight that we have made for our fans that haven't got the time to watch our halloween special of one hour long. For this investigation we travelled to the Grosevenor hotel, Shaftesbury in England, which is reputed to be the fifth most haunted hotel in England. Poltergeist activity has occured and a ghost of a grey lady has been seen walking down the long corridors, Guests have reported their bed sheets being pulled as they were asleep. Watch to see what we have captured. Stay tuned. 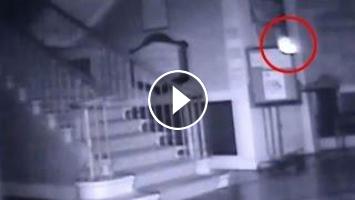