Guests staying at the haunted hotel, Lizzie Borden Bed & Breakfast reported hearing young child-like ghost voices, paranormal investigators have EVP evidence with kids voices, showing these young ghosts were trying to communicate with them, and it's also reported that in this attic bedroom the toys inside the toy chest will move on their own, as if the toys are being played with by the ghost / spirit of a child, and during at least one other paranormal investigation, the ghost hunters reported and showed a video with paranormal evidence after their camera was moved.

This is Video #7 from the Mass Most Haunted paranormal investigation of the Lizzie Borden Bed & Breakfast in Fall River, Massachusetts.

In this paranormal / ghost evidence video we setup a camera in the attic bedroom of the Lizzie Borden house, hoping to capture paranormal evidence video of the children's ghosts moving the toys. We never got video footage of a ghost moving any toys, but we did get a couple videos, one with EVP evidence with ghostly voices of a child ghost talking to us, and in this video there's a playful ghost that slightly moved the camera we setup on a secured tripod.

The ghost was displaying poltergeist type paranormal activity, moving the entire camera back and forth, as shown in the video, and the ghost would allow me to stand behind the camera and watch it move. My mother was with me during this paranormal investigation and every time I called her over to see the camera moving, it stopped!

We tried everything to debunk the camera shaking, but it could not be debunked. The funny thing about this is that the ghost would only do it while I was there, but every time I tried calling my mother back into the room to see it moving, the ghost would stop moving the camera. Was it just a playful ghost, or the ghost of one the child or ghosts of two children said to be haunting this attic bedroom in the Lizzie Borden house? Comment below with what you think, and be sure to check out our other ghost videos / paranormal evidence caught on camera during this investigation, and our investigations of the most haunted places in the United States. 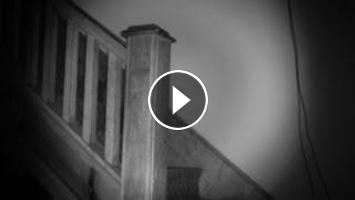