Real Demon, Ghost Voices Caught on Camera during a LIVE Ghost Box EVP Paranormal Video Session Tonight. Are they Ghosts, Demons, Angels, let us know what you believe they are by leaving us a comment below. This video will be from a LIVE Spirit Ghost Box Session captured on March 14, 2013. In the past we have received Real Demonic Ghost Voices and EVPS which would appear suddenly in the white noise received from the spirit box and also just from recording sessions.

If you like the live show, please subscribe and be a part of the livescifi.tv family, new videos, live shows, uploaded every week!

EVP or electronic voice phenomena was discovered in the late 1950s and has become well known today thanks to numerous TV shows featuring ghost investigators using audio recorders to capture the voices of ghosts and spirits. More ghost hunters are embracing the two-way communication device called a ghost box (aka the Frank's Box). Following on the heels of the Spiricom, one of the first known, two-way communication devices used to bridge the gap between the earth realm and the spirit realm, the Frank's Box was the first device that allowed ghost investigators to speak to the dead. Frank's Box is a ghost box that produces random voltage to create raw, random or linear sweeping audio from an AM or FM tuner that is then amplified and sometimes fed into an echo chamber before being recorded. Ghost boxes, such as Frank's box, create audio bits and white noise that ghosts and/or spirits can then use to bring forth words -- real time two-way communication. Frank Sumption was the original inventor of the ghost box. He conceived of the idea by first experimenting with Stefan Bion's EVPMaker software for EVP recording while also being inspired by an October 1995 Popular Electronics Magazine article that asked, "Are the dead trying to communicate with us through electronic means? Try these experiments and see for yourself." Today, Frank is still experimenting with various improvements to his ghost box design. Today, most ghost boxes do not sweep the band randomly, but prefer linear sweeping of the AM or FM bands. That is not to say other bands, such as shortwave, weather, etc are not being experimented with by Frank and other Instrumental Transcommunication experimenters. Others since have developed their own ghost boxes, such as Paranormal System's "MiniBox," Joe Cioppi's "Joe's Box" and the "PSB7 Spirit Box." 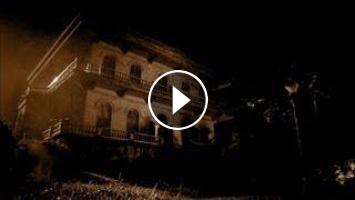