Have you read the real diary of the Exorcist? Join CSPR as we dive deep into the story of "The Haunted Boy" brought to you by our friends & Producers, the Booth Brothers, and starring CSPR special friend, Matt Hendrix. While filming a haunted asylum in St. Louis, Missouri, documentary filmmakers uncover a secret diary of the infamous 1949 exorcism involving a 13 year old boy possessed by the devil that later inspired the book and movie "The Exorcist". Utilizing hi-tech paranormal gadgetry along with a legion of supernatural experts they search out to capture the scariest entity known to man, "The Unholy Ghost". Nothing you have ever seen or heard before gets you closer to the ungodly truth of what really happened in this most terrifying, best selling story of all time! This is the untold-real story of "The Exorcist", a chronicle of true events based on the actual priest's secret diary the world was not to see, Until Now! Based On The Real Exorcist Diary By Rev. Raymond Bishop, S.J. Now on DVD for purchase. A new paranormal documentary film from The Booth Brothers, (Spooked, Children of the Grave, The Possessed, Death Tunnel as seen on SyFy, NBC Universal, Sony Pictures).
Stay tuned for more Booth Brothers' Films.... Coming Soon! ;) Exciting things are in the works! 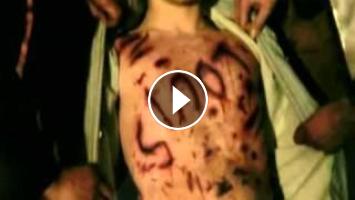 Have you read the real diary of the Exorcist? Join CSPR as we dive deep into the story of "The Haunted Boy" brought to you by our friends & ...