Ghost stories video! True scary stories from real life haunted Texas hotel. Watch these terrifying stories of a paranormal American Haunting! There are many legends, stories, and tales of paranormal activity at the Haunted Magnolia Hotel. Haunted hotel owner Erin O. Wallace and her sister Shelly Wade have experienced unusual and paranormal activity! Their true life ghost story involves a ghostly apparition in the hotel, multiple murders, and a ghost girl! Until recently, the haunted magnolia hotel in Seguin TX was abandoned for 25 years. In 2012, the Magnola Hotel was designated one of Texas most endangered historical landmarks. Thanks to the efforts of it's new owner, the Magnolia Hotel is being restored and reopened to the public (although some believe the restoration efforts has increased the paranormal activity). If you wish to support the Magnolia hotel, you can purchase Erin's book The Ghosts of New Braunfels on Amazon. Opportunities to investigate and restoration updates are posted on their Facebook page Links are below. Is the paranormal activity at the haunted hotel real? Do you believe?

Haunted Hotel with Shelley and Will on Facebook: http://goo.gl/hyxku 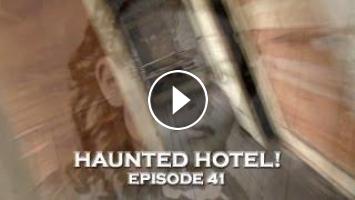