Investigation March 24th,2010 Southern Mansion
Cape May ,New Jersey
Our first trip to the Southern Mansion in February 2010 amazed us all,The evidence that we captured was compelling we needed to return to investigate more.
On March 18th,2010 we returned,the night was clear,not a cloud in the sky.The temperature 68°
As we set up our equipment and lights out, we all where unaware that this 2nd trip
to this Beautiful Historical Mansion would unleash more compelling evidence then the first.........................................
This is the evidence that was captured.......Investigators Dave,Ginny And Harry where in the top floor room
Investigator Harry Smith sets up the Video with night vision light .
You will see investigator Dave sitting on the sofa in the room investigator Ginny is off to the far left and investigator Harry is to the far right of the room.Keep close attention to Dave ,you will see a manifestation, go across the screen and an Orb so bright with a tail....Orbs where shooting all over the room
Video Captured By Harry Smith Co/Director
Southern Jersey Shore Paranormal Research And Investigations Ocean County, New Jersey
VIDEO IS COPYRIGHTED NO USE WILL BE GIVEN WITHOUT THE PERMISSION OF SJS 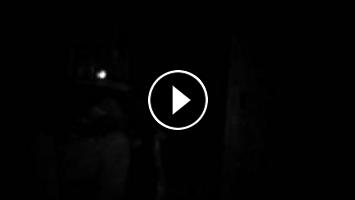