Join, The Midnight Ocean, as we welcome back Dr. Richard Miller, metaphysics expert, for another interesting night of conversation. Alternative Agriculture is the topic but I am sure It will migrate into other esoteric topics.

Author and researcher Dr. Richard Alan Miller reveals a depth of knowledge and experience in Alternative Agriculture, Physics, and Metaphysics. Miller began working in the secret world of Navy Intel (Seal Corp. and then MRU) in the late 60s, and now has amazing experiences and conclusions to share.

His writings reveal a depth of knowledge and experience in three major fields; Alternative Agriculture, Physics, and Metaphysics. Before many leading edge concepts became trendy topics, Miller was (and is) currently the international front lines of research, experimentation, and documentation.

Today, Miller writes for Nexus magazine and is a preferred guest on internet radio. In the 21st century, Miller is re-emerging at a critical time in humanities evolution where metaphysics and practical survival converge.

Dr. Richard Alan Miller Turned Navy SEALS Into Super soldiers… And He Has Instructions For YOU!

Imagine that the dollar has already collapsed, but your life goes on almost as if nothing happened. Doc RAM Book Collection, In fact, you’re the one who’s acting as a source of support and inspiration to those around you. Is that actually even possible? Perhaps not in the way you thought, but when you hear what Dr. Richard Alan Miller shares about how he trained Navy SEALS to fine tune their sense of intuition to make better decisions with their life on the line, you’re going to feel alive with excitement about the instructions he’s left behind for you!

Filed under the category of the things they don’t teach you about in public school or college is the powerful truth that we have a subconscious mind that affects our lives in ways most of us have never realized. In fact, most people are walking around self-sabotaging themselves almost every day without even realizing it. But is there a way to harness this tool that some scientists claim are more powerful than the conscious mind by a ratio of over 10 BILLION to one?! 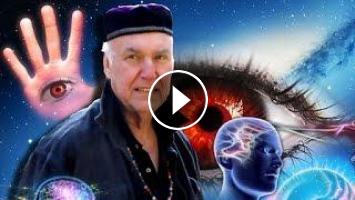 Join, The Midnight Ocean, as we welcome back Dr. Richard Miller, metaphysics expert, for another interesting night of conversation. Alternative Agricu...